JOIN US FOR A FREE INTRODUCTORY WEBINAR:

Join people from around the world and strengthen your knowledge about this exciting new technology, that will take your Lean skills to the next level in creating process efficiency and effectiveness TODAY!

This is an introduction webinar in Artificial Intelligence for Manufacturing. We are dedicated to helping manufacturers understand and use artificial intelligence to improve their operations. David O’Connor and George Trachilis are taking on this challenge because, although AI in manufacturing is moving ahead quickly in parts of our industry, in others it is not.  We see this as a call to action to provide education to take the mystery out of AI and provide practical ways to use it. AI can improve machine maintenance, quality, supply chain performance, and shop floor schedules.  If you are in manufacturing and are not planning to use AI, you need to get started now.  Join us for a free introductory webinar on November 18 at 9am Pacific Time to learn more. 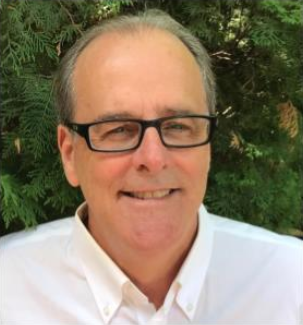 David O'Connor is a respected manufacturing executive, having worked in the Aerospace sector for over 30 years.  In 2019 he retired as the Division Manager for Space, Rockets, and Helicopter Wire Strike Protection Systems at Magellan Aerospace Corporation in Winnipeg.  During his time with the company, he also served as the Directors of Operations, Engineering, Marketing, Finance, and Quality.

Upon his retirement he was hired by the University of Manitoba to develop and teach a course in advanced manufacturing, focusing on artificial intelligence.  He has also taught a course in Aerospace Life Cycle Management.

Dave holds a Bachelor of Science in Mechanical Engineering and a Master of Business Administration, both from the University of Manitoba.  In addition, he has served on the boards of the Royal Aviation Museum of Western Canada, Winnipeg, the Green Aviation Research and Development Network (GARDN), Montreal, the Composites Innovation Center (CIC), Winnipeg, the Assiniboine Park Hockey Association, Winnipeg.  He has also served as the President of the River Heights Community Center, Winnipeg.

George Trachilis started his Lean journey in 1994 as a manager. After 10 years of leading implementation efforts, he decided to start his own consulting firm. It grew to become one of Canada’s Fastest Growth Companies by 2006. The government of Canada asked George to create an online course to teach his methods to the entire country. The course became the book OEM Principles of Lean Thinking. By 2011, the course was offered globally and educated 100,000 students from 60 different countries.  With twenty years of Lean experience George embarked on a search for more knowledge on the topic.

In 2012 he forged relationships with Dr. Jeffrey K. Liker, best-selling author of the Toyota Way and Norman Bodek, the Godfather of Lean.  Encouraged by both, he adopted a much deeper understanding of Lean which stretches back to Japan, the origins of Toyota, and with a greater emphasis on the people side of Lean and the Process of thinking scientifically about change.  Jeff Liker asked George to be his partner and co-founder of the Lean Leadership Institute (now the Global Leadership Institute).  His coaching is based on the book and online course, "Developing Lean Leaders at All Levels", which received the Shingo Research Award in 2016.

DAY 1 - Embarking on Your Lean Journey

You’re Probably Wondering, What EXACTLY Will I Get Out Of Attending This Virtual LEAN SUMMIT™?

Here’s a taste of what you’ll discover by joining the Free VIRTUAL LEAN SUMMIT™:

What OTHERS THOUGHT ABOUT LAST YEAR'S Virtual LEAN SUMMIT™? 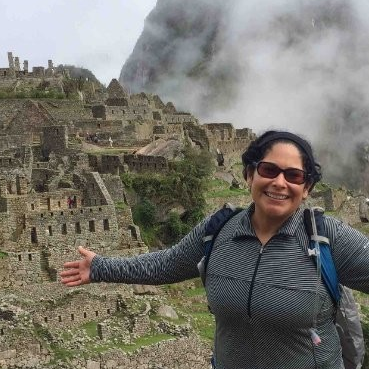 Thank You For Inspiring Me

I attended your virtual lean conference and - WOW! - that was a great week spending time with great minds in my field. Well Done! Thank you for inspiring me. 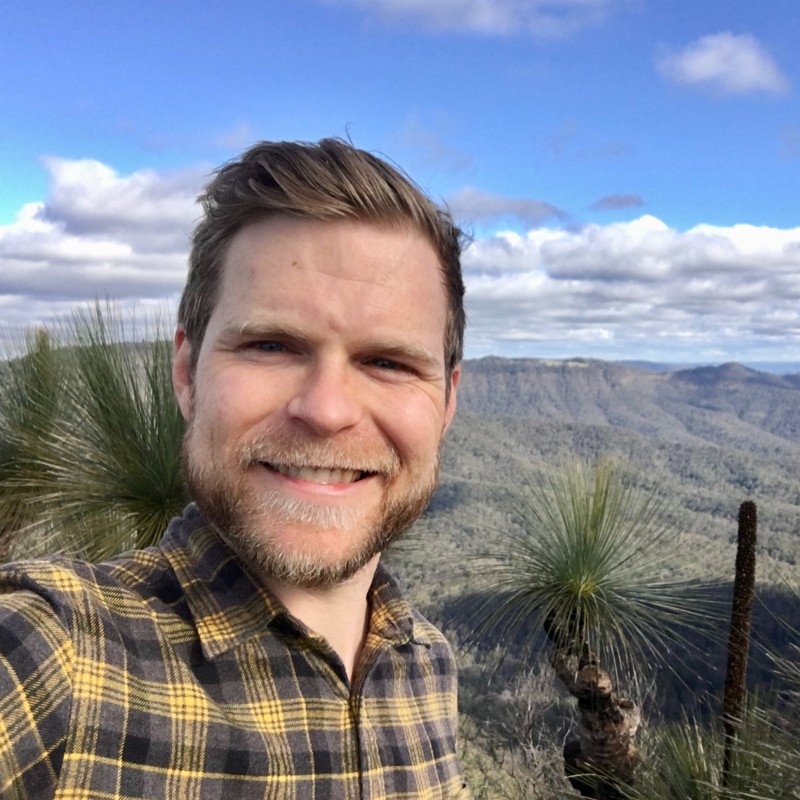 I Could’ve Listened for Many Hours More

So many wonderful stories, I could’ve listened for many hours more. 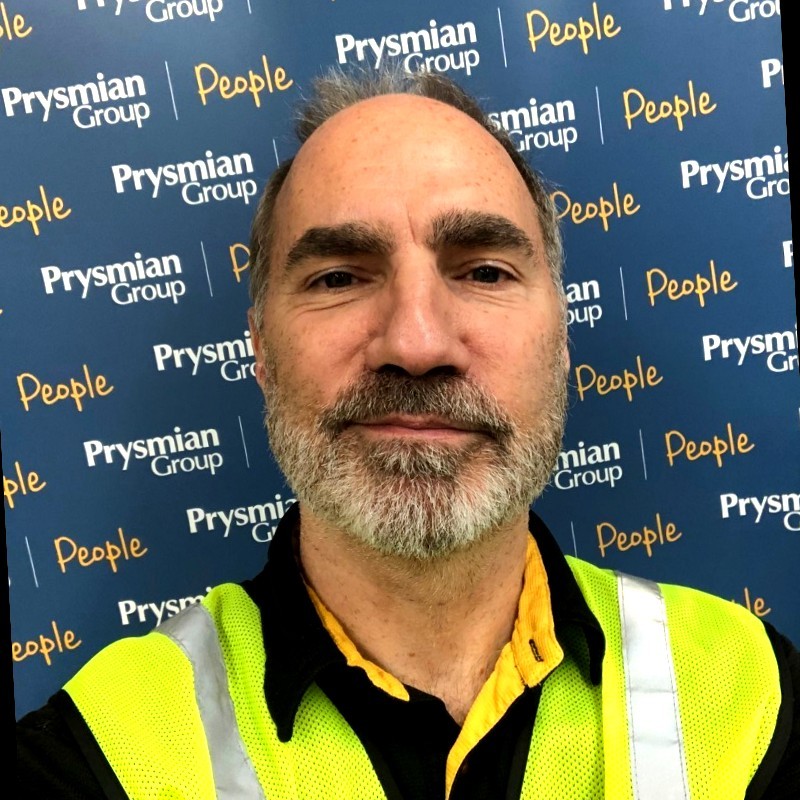 Dude! - awesome summit! Can only imagine the work involved...all I can say is "Well Done". Super impressed with the value you have brought regarding the summit...amazing! 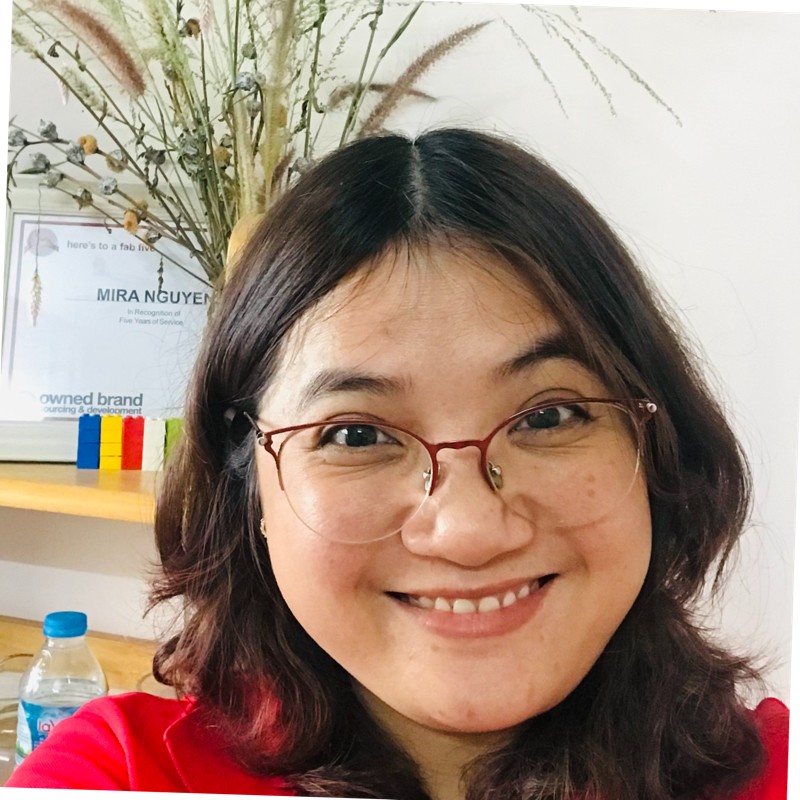 I had attended some summits :), and this is one of the best summit ever 👏👏👏🍀 I learned a lot from passionate experts at today session. Thank you. 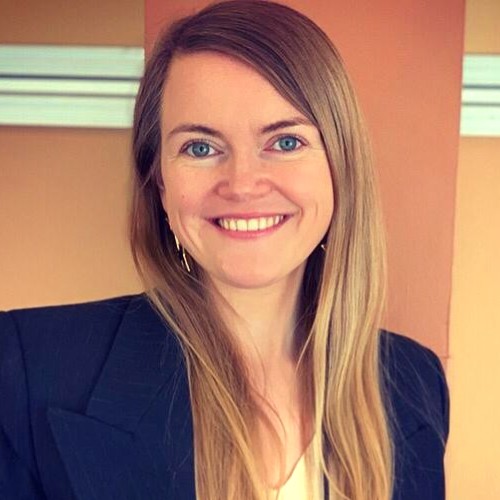 The Most Useful & Enjoyable Conference of 2021

Over the course of the last several months I attended (virtually) several operational and process excellence events organized by big corporations and small firms. VLS organized by Jared definitely stood out among them. The speakers were carefully selected and represented a wide variety of industries, geographies, cultures and opinions. The agenda was packed, the content was superb and there was something for everyone. I came with very modest expectations, but this event was the most useful and enjoyable conference of 2021. Thanks, Jared! Enjoying my All Access pass and looking forward to the 2022 edition. 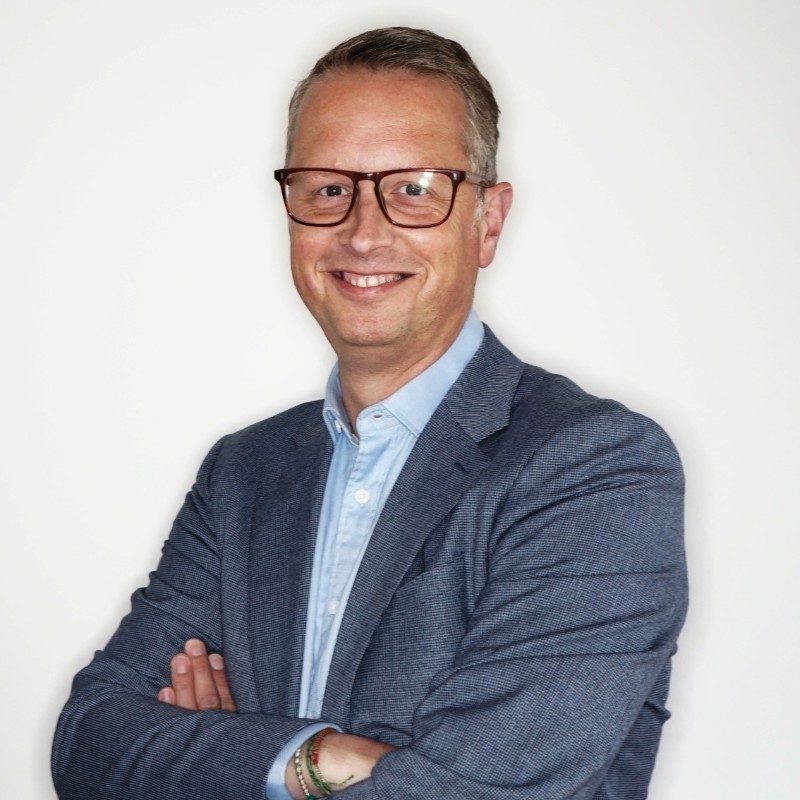 The VLS is (as my daughter would call it) just epical!

Thank you for spending what must have been days and days organising it and convincing the speakers to give up their time as well as yours. And for you to throw it open as a free event is remarkable. I for one am hugely grateful to you for organising it - and we are only halfway through! 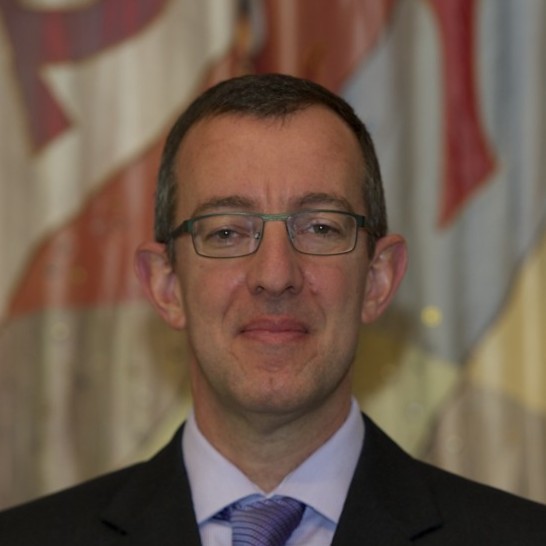 An Amazing Group of Speakers

Just completed my (full access) registration to Virtual Lean Summit 2021, and looking forward to great learnings from an amazing group of speakers and presenters. Thank you for organizing this event! 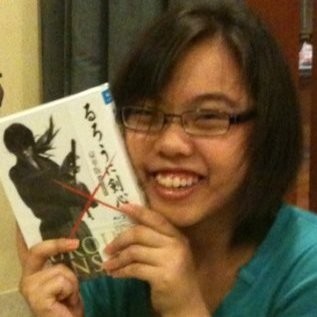 So Worth the 5 Nights I'm Staying Up!

Thank you Jared for making this happen!! I am so amazed at how focused you can be through the whole day! So much respect!
So much learning for me and so eye opening. Really grateful and have started applying as much as I can in my work.
So worth the 5 nights I'm staying up!
Thank you so much again! 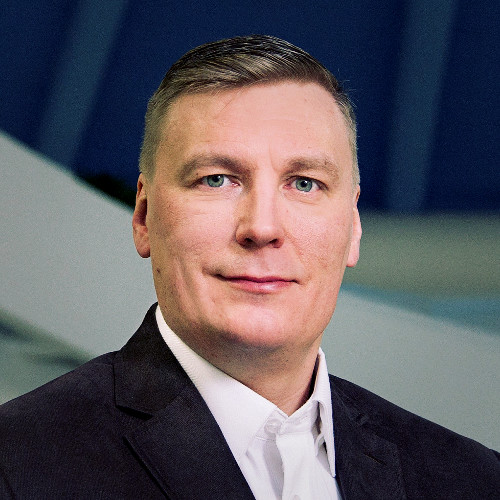 Like a Face to Face Conference with a Twist

Absolutely fantastic set-up of presenters and great knowledge sharing going on 👏 👏 Live virtual sessions including all the "normal life & mysteries" on the background makes it like f2f conferences with a twist 🙃! 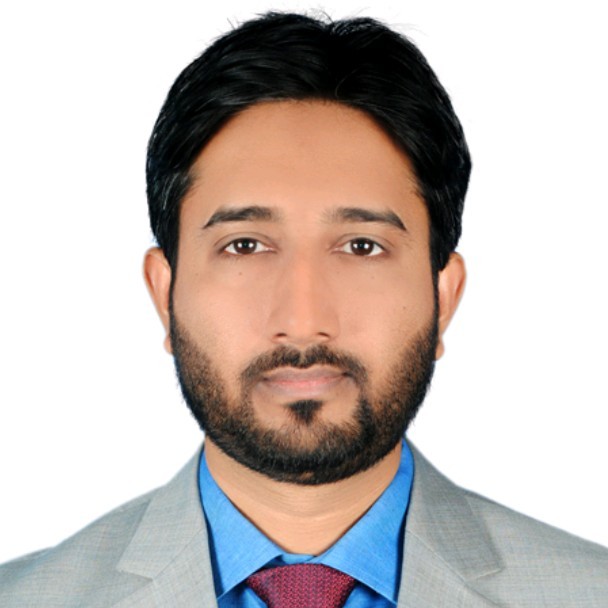 Thanks Jared Thatcher for this amazing program. I wish I could join from day 1. However, I feel lucky that I got to attend at least the last day sessions. Great job! Looking forward to more. 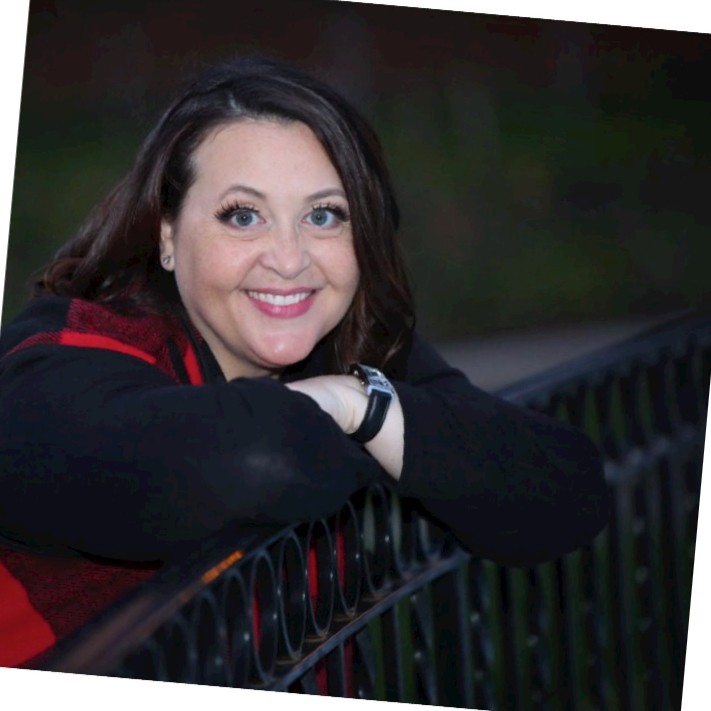 This has been an amazing conference! 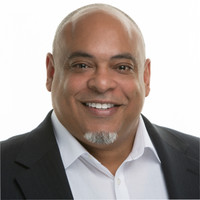 This Event is Phenomenal & I had a Blast

This event is phenomenal, and I had a blast with your international audience during my session! 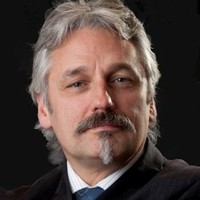 So Many Thought Leaders

You have made this a hugely successful summit Jared, coordinating so much value from so many thought leaders and we still have 3 days to go including today. Thanks for the opportunity to contribute in my own small way.

How’d You Like To Access
60+ World-Class Business & Industry Leaders Helping  You to ACHIEVE A SUCCESSFUL LEAN CULTURE in these Masterclasses? 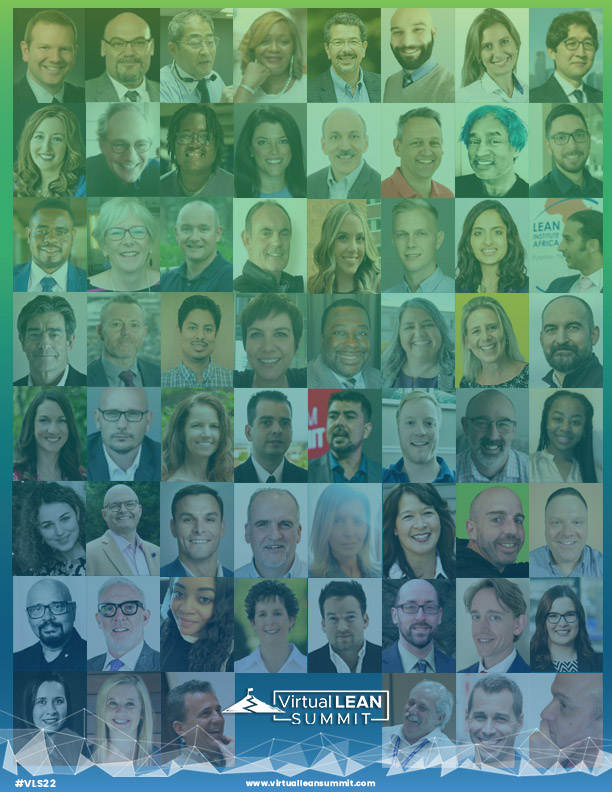 These sessions will show you business strategies that top people in the industry use and recommend to help transform their business so that you'll be able to SUCCESSFULLY PRACTICE LEAN in any organization. For a limited time, you can get FREE access to this exclusive content right here.

We all work to provide value for our customers and continuously improve our processes.  The Virtual Lean Summit® is designed to provide you with a wealth of practical applications that you can use right away at work.  Come learn the skills that will help give you an edge in your work as you move from trying to implement Lean to practicing Lean.  This summit is for those new to Lean as well as the seasoned Lean professionals.  Learn skills, frameworks, and tools that will help you improve what you have to offer others.

This event will bring together the some of the best Lean and business experts in the world to reveal to you what the top companies and consultants are doing to create a Lean culture.

Why Should I Sign Up For
VIRTUAL LEAN SUMMIT™?

Never before seen Lean business strategies explained by the top Lean experts from around the world hand-picked just for the VIRTUAL LEAN SUMMIT™.

You Don’t Even Need To Leave Your House (Okay, I know we would like to, but think of the $ savings) — Attend From Your Computer, Phone or Tablet

There’s no flight or hotel room to book… saving you thousands of dollars, unpaid work leave, and time away from your family.  A similar conference line-up would cost over $3,000 (US) to attend, but you'll get the same content for FREE...  It's just my way of giving back to the Lean community.

This is not your ordinary online event. We take pride in delivering you the absolute best content so that you can get great value and achieve actionable results.  Nearly every industry leader I've asked to be part of this summit has gladly given of their time and talents to help you to improve your skills.

This is more than just being able to watch world-class masterclasses, this exclusive LinkedIn community group will allow you to ask questions of the speakers, share micro-learnings from the sessions, and help each other. This is a collaborative community where you will be able to share best practices and solve problems.

Your journey to figure out how to quickly get your business into a strong position could go one of two ways:

If you’re looking for your average, run-of-the-mill virtual summit, or one that sells the hype but fails to deliver on substance,
then you’ve come to the wrong place.  The primary focus of our speakers is to provide value to everyone of you that attend their sessions.

If you’re looking for the top BUSINESS strategies that are working right now TO HELP YOU
Achieve a successful continuous improvement culture in your organization,
then you’re AT THE RIGHT PLACE. 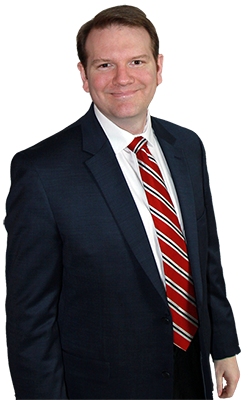 I've been a small business owner, construction worker, management consultant, manufacturing plant manger, and a continuous improvement enthusiast.  I was part of a project management team that saved a company over $1.1 billion dollars over three years, and I've generated multiple million dollar cost savings ideas for over a dozen companies throughout my career.

As I was sheltering in place I wished there was something I could do to help my friends and family save their jobs and their businesses.  I realized that there was something I could do.  The same principles I have been using to help the businesses I've consulted for, I could share with small businesses from around the world. I felt inspired to put on this virtual summit and to bring together some of the top industry leaders from around the world to reveal their strategies to small business owners, entrepreneurs, managers, and employees that want to discover how they can bounce back from this pandemic.

If you are ready to put in the work, we are here to help you and your business through the Virtual Lean Summit™

These sessions will show you the strategies that the top people in business use and recommend. For a limited time, you can get FREE access to this exclusive content right here.

ENJOY our Webinars and Summits

Come learn how technology is transforming Lean in the webinar:
Artificial Intelligence in Manufacturing
Sign Up for this FREE Webinar:

By signing up for the Virtual Lean Summit™, you consent to receiving regular emails from me, Jared Thatcher, with updates, along with exclusive offers.
You can, of course, unsubscribe at any time. Your information will not be shared with any third parties.  I hate spam as much as you do too!